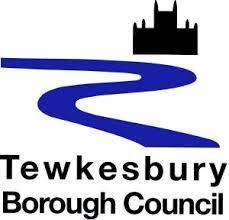 Tewkesbury Borough Council is the local authority for the Borough of Tewkesbury, located in North Gloucestershire in the South West of England region. As well as the town of Tewkesbury where the council is based, the borough also comprises Ashchurch, Bishop's Cleeve, Brockworth, Churchdown and Winchcombe and a number of other settlements. It is administratively distinct from Tewkesbury Town Council, which serves the smaller civil parish of Tewkesbury only.